This interview is taken from an episode of the Spend Culture Stories podcast. In this episode, Jon Brodsky, the Country Manager at Finder.com shares his insights on understanding the why behind company spending, how to manage multi-locational teams, and how to align your culture with company spend processes.

Your company culture might attract talent, but your Spend Culture will make or break your company.
Spend Culture Stories is a female-hosted and produced podcast that helps finance leaders learn the tactics, strategies, and processes to build a proactive Spend Culture.
Learn how to pick the right tools, implement the most efficient processes, and how to develop the right people to transform the Spend Culture of your organization for the better.

How to Align Spend Culture With Your Company Culture

Jon Brodsky is the Country Manager (US) for finder.com, a platform that educates users on the best financial, shopping and travel decisions you can make.

Jon started his career in private equity at Securitas Capital, a private equity firm focused on insurance. He held the role of Senior Vice President of Digital at Chicken Soup for the Soul, where he was in charge of all products and services sold through electronic devices and was both the CTO and the Head of Product for the company, which included APlus.com.

Previously, he was the Director of Corporate Development and International Floral at 1-800-flowers.com. In his position, Jon oversaw all of the enterprise’s M&A activities, including sourcing, evaluating, negotiating and integrating investment and acquisition targets.

Prior to joining 1-800-flowers in January 2008, Jon ran two start-ups, AllMenus.com and Bookspoke.com. Jon is published online regularly in popular magazines, such as Inc., Forbes, Huffington Post, and Newsweek, and has been a top writer on Quora in 2016-17.

In this episode, Jon shares his insights on understanding the “why” behind company spending, how to manage multi-locational teams, and how to align your culture with the company spend processes. 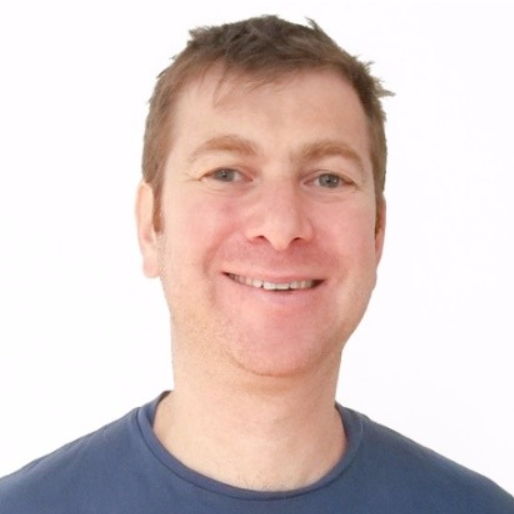 Listen to the Episode Now:

What are some of the biggest mistakes that you see early startup founders making when they’re trying to cultivate a healthy Spend Culture?

Hire for Culture, Over Skills

The thing you really need to do is to hire the right people who believe that you’re building something big, and they really need to be a cultural fit even more than their skill set. They need to just really believe in the mission. Once they do, they start spending the company’s money as if it’s their own. When you’re able to hire cultural fits, you don’t have that the people that are saying they’re taking a crazy risk, or saying ‘it’s not my money’ or anything else that you do see in a ton of startups.

On the other hand, I’ve been in startups where it is like ‘Oh, you mean you’re going to give me 10 million dollars I just want me to spend it? Ok. I’ll just find it. I can shop.’

I mean, I like shopping too, but you gotta go and find the people who believe in the mission so much that they are going to also keep you honest as an entrepreneur.

So you’ve got a lot of experience managing organizations with multiple locations and budgets. What were the types of challenges that you found having to manage decentralized teams, especially when it comes to spending?

The number one challenge with decentralized teams in general outside of spend is time zones. We have a global team which is about three or four hundred people team, we operate in 80 countries. It’s a nightmare managing time zones and it forces you to get really good at documentation.

What we’ve learned though, is that when you start to document everything really tightly, and you have a reasonably long review process for budgets, for any other sort of documentation, everybody can come to an agreement pretty quickly. Where things break down on a multi-year locational or multinational business is when you have a central office that just sits there and says: ‘OK this is how it’s going to be. Everybody – go march!’ and then you have people saying things like ‘Dude – we can’t do that’. So we give a fair amount of time for feedback.

Our budgeting process each quarter takes about a month. So we do quarterly OKRs and really quarterly budget “tune-ups”. We don’t set an annualized budget process but in the quarterly basis, we spend about a month going through. We’ll spend an hour or two a week for a month to make sure that everything is set. Everybody agrees, everybody’s had time to think about the changes that we want to make, and then we can go and make them. Everybody’s also already bought in and spent a fair amount of time getting comfortable with that already.

How do you think this state of Spend Culture is going to transform in the next five years, and how it is it going to impact organizations?

I think that really depends a lot on what your economic outlook is. We’re in the financial services industry, we see some signs that there could be a pretty severe recession in that time period.

The Recession Will Restrict Spending

If there is a severe recession, yes Spend Culture is not going to be a culture anymore. It’s simply going to be you just can’t spend money. You’re gonna have to stop spending money. That’s what happened in 2008. That’s what happened in 2001. Everybody just clamped down and stopped spending money entirely. That, to me is very scary. That destroys more businesses than I think people would like to acknowledge, battening down the hatches, and I view it as kind of just digging a hole for yourself.

There are certain places where you need to cut expenses if that came to pass,  but you can’t just get rid of everything, you still need to spend money, and still need to experiment to continue to grow and continue to have a chance at really being where you want to be as a company.

During an Economic Upturn, More Risks and Indulgent Spending

If you asked whether I think the economy is going to keep going fine for the next five years or accelerate growth – I actually think it’s going to go very much the other way. We’ve had such a long period of growth since the last major recession that I feel the wheels are going to come off the bus event in terms of how people manage expenses.

I think that they’re likely to be much more willing to take outsized risks in how they spend money. Whether that’s internally with employees, or doing things like crazy perks. Let’s pretend for a second that you have an Unrestricted Spend Culture – you want to give everybody in the company a full time live in nanny. That would be crazy, right? Yeah of course, that would double in your headcount costs or more, but I can see people who are flush with venture capital, or flush from IPO money, or just in a position like Google where they can sit there and say ‘Oh-this is gonna be a great way for us to just keep people here forever! There’s no reason to leave the company with the full term nanny’. I think you’ll start seeing something like that but maybe not that extreme, but pretty darn close. I think the key here is preparing for both the downside and upside case.

Tune in to our episodes by subscribing here. If you’d like to nominate a speaker for the podcast, please fill out our guest nomination form here.